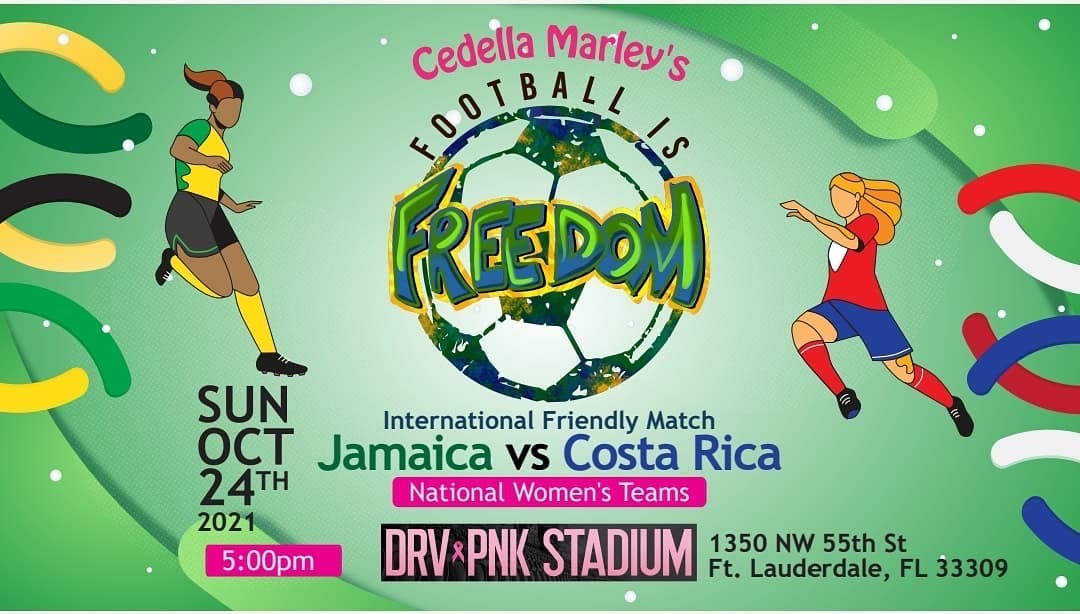 Cedella Marley (CEO of the Bob Marley Group of companies); currently in her seventh year as Global Ambassador for the Jamaica Women’s Football Programme, is now expanding her advocacy and commitment to the women’s game. Her new Football is Freedom Initiative will provide tools and resources for the development and growth of women’s football throughout the Caribbean and Latin America as well as diaspora communities in the United States.

“In the process of my role as ambassador, I have taken note of the crucial role that football can play in empowering young women; through opportunities for education and professional advancement (both on and off the pitch). Through the Football is Freedom Initiative we can expand our efforts to other countries in the region and eventually beyond.” – Cedella Marley

The core mission of FIF is trifold:

3) Invest in the holistic wellness of the players by funding scholarships and programs that assist players with skillsets and tools to help them succeed outside of football once that time comes.

The launch of Football Is Freedom centers around an international friendly fundraising match between the national women’s teams of Jamaica and Costa Rica. In addition to helping fund the new initiative, a portion of the proceeds will be donated to each national team. Marley is particularly pleased that Costa Rica will join Jamaica on the pitch at DRV PNK Stadium. “In 2014, I was honored to attend the FIFA U-17 WWC finals in Costa Rica (as the guest of the late Capt. Horace Burrell). The Costa Rican federation’s investment in women’s football has helped to inspire my own ideas about the impact that the women’s game could have once given the proper support. Having two of our strongest female teams come together like this is a chance to demonstrate the potential depth and power of women’s football in this region.”

Register to win a T-Shirt! 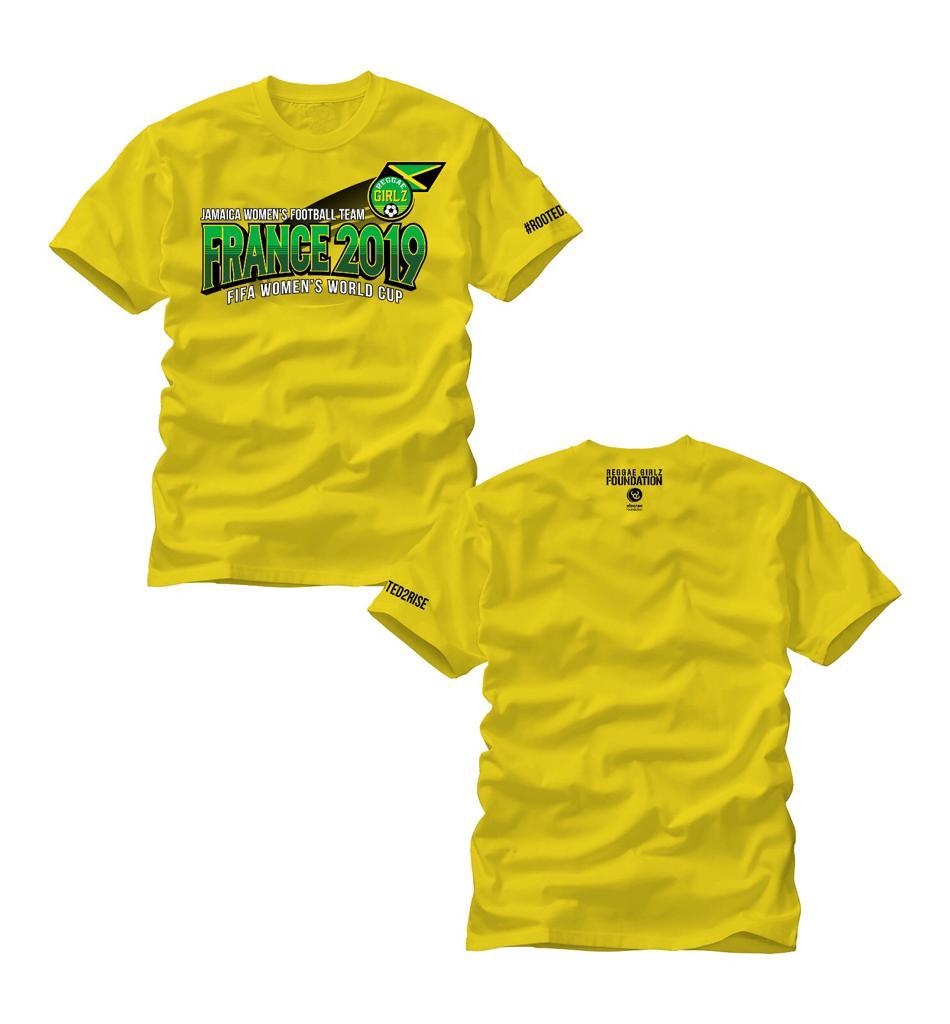 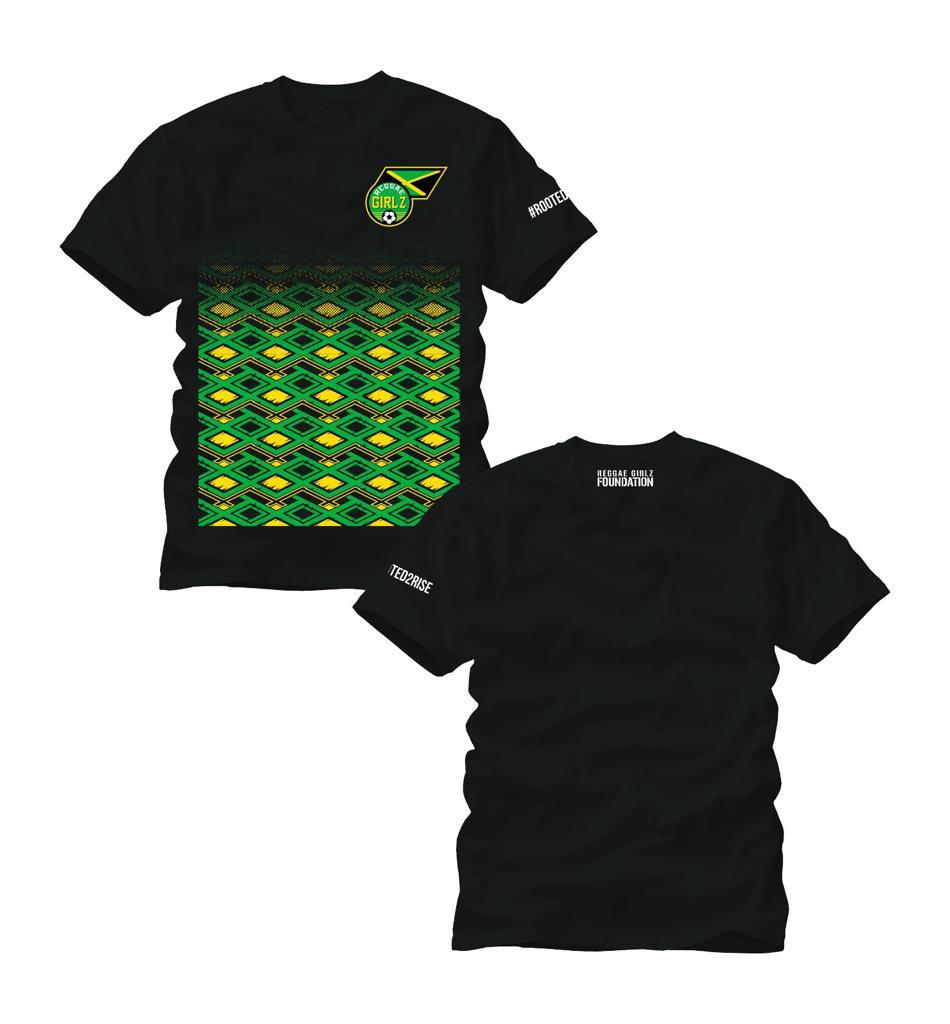 The Reggae Girlz and Las Sele both arrive in South Florida October 18th for a week of training and a two-game series. In adherence to FIFA- mandated COVID protocols, the delegations will be housed in protective isolation during the camp. The first match will be a closed-door scrimmage, and the finale will be a fundraising match open to the public. The camp is the result of a combined effort by the Bob Marley Foundation, Rita Marley Foundation, and Reggae Girlz Foundation. The match is being presented by Cedella Marley in association with Black Tower Agency.

In separate statements, the Costa Rican and Jamaican Federations expressed the importance of the upcoming camp and the initiative itself to women’s football in the region:

“For the Costa Rican Football Federation it is a true pleasure to be able to participate in the first edition of the “Football is freedom” Festival. From a sporting perspective, the fact that our female players can compete with a team of such high caliber as the Jamaican team is immensely important. And of course, getting the chance to participate in the beginnings of what this foundation is going to do makes us proud. The first edition of this festival, set to be held in Florida, will be of utmost importance for our players as they look ahead to the upcoming World Cup qualifiers. We will also use this opportunity to show how a foundation like this can impact young girls and get them excited about sports”.
– Gustavo Araya, FEDEFUTBOL General Secretary.

“I would like to wholeheartedly commend and congratulate our Reggae Girlz Ambassador Cedella Marley and her team. “Football is Freedom” can only help to broaden the interest and quicken the expansion of women’s football in Jamaica and the wider region. We are particularly proud that the initiative is being launched around a camp and an International Friendly game involving the Reggae Girlz. This will serve as invaluable preparation for their World Cup Qualifiers which begin in November. The Jamaica Football Federation stands ready to offer whatever assistance necessary to ensure the success of this venture and we look forward to participating vibrantly going forward. On behalf of every aspiring female footballer throughout Jamaica, I wish this progressive vision every success.”
– Michael Ricketts, President of the Jamaica Football Federation.

In addition to the main event, Sunday’s festivities will include:

Further details about the event and the initiative are available in the Football Is Freedom app which can be downloaded in the Google Play and I Tunes stores October 6th.

As the first born of Bob and Rita Marley, Cedella Marley is a descendant of reggae royalty. As an accomplished singer, an inspiring author, fashion designer and visionary entrepreneur, Cedella oversees all Marley related business in Jamaica and is the Director of the both the Bob Marley and Rita Marley Foundations. In addition, Cedella oversees Marley Holdings, a Marley family entity that manages all aspects of the Bob Marley rights, including the rights to Bob’s name and likeness. Since 2014, Cedella has been the global ambassador for the Jamaica Women’s Football Progamme. Her efforts to raise awareness and support helped to bring the Reggae Girlz from obscurity to HISTORY as when they became the first Caribbean national team to qualify for the FIFA Women’s World Cup. 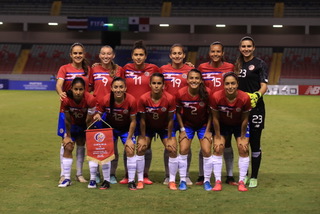 Women’s soccer has grown a lot in Costa Rica and the Senior Women’s National Team in the Concacaf region, being one of the teams in Central America with the most youth World Cup participation, in addition to being the only UNCAF National Team that has attended a Cup. Women’s Soccer World Cup, in Canada 2015.

In 2018, they won the silver medal at the Central American and Caribbean Games in Barranquilla and had also qualified for several Pan American Games, obtaining two bronze medals, one in 1999 in Winnipeg and the last one in Lima, Peru in 2019.

The team presents a balanced group of players where the players abroad in professional leagues like Shirley Cruz, Raquel Rodríguez, Daniela Solera, Stephanie Blanco and Priscilla Chinchilla stand out, along with figures from the national Women’s tournament such as Gloriana Villalobos, Mariana Benavides and Katherine Alvarado among others. Carolina Venegas, Gabriela Guillén, Daniela Cruz, Noelia Bermúdez and Lixy Rodríguez also stand out, along with young promises of Costa Rican soccer who are beginning to be incorporated into the plans of the National Team.

Amelia Valverde has been the team’s head coach since 2015. Since then, she has formed a solid group of footballers, the majority with several youth World Cup processes in their experience.